Thanks to “Topper” from British Columbia, Canada, for this #SeaFoamWorks story.

On February 9th of this year I happened to stumble across a boat for sale that was owned by the couple who originally built it. Their boat project began in 1966 in North Vancouver, British Columbia, Canada, based on plans from a Naval Architect named Frank Carious. This Rum Runner design was equipped in 1968 with a brand new Chevy 427-L88 high performance motor (with dyno specs at about 550 factory horsepower), though the owner’s manual from Aero Marine states 475 factory horsepower. This motor is very rare and valuable. It is a beast!

This boat is truly the definition of a “BARN FIND”.

Unfortunately, during the past 20 years the carport roof leaked rain and snow onto the tarp covering the engine. The engine bay partially filled with water, and the motor, plumbing, steering, electrical, and all other systems in the engine compartment became heavy rusted. The motor still has only about 3 original hours of idle time in the garage (which was back in the late 1960s, 1970s and early 1980s). Over the course of more than 50 years the boat and motor have never ever been in the water.

As you can imagine, this valuable project is a diamond in the rough. I made a promise to the previous owners to totally restore and complete their unfinished dream as they are in their 80’s and do not have the physical strength to complete the project. I made them a promise to finish the boat and take them for a ride.

I intend to reuse each and every nut and bolt that comes off this Chevy 427 motor – back to original! And as such I have been asking for advice from speed shops to backyard mechanics. I cannot afford to break bolts in half nor strip the threads of screws, bolts, clamps, plugs, or nuts.

I explained my situation to my local industrial parts store, and they strongly suggested I spray all rusted components with a product called Deep Creep. They had seen photos of how rusty the motor and other systems were.

I bought a can and did a “test” on the carburetor assembly. I sprayed the entire carb and mounting bolts with Deep Creep once in the morning and once in the evening. I did this for two days as I wanted to be 1000% certain I did not break or stop the threads on any nuts/bolts.

I must say I was in total shock as I began to take off the carburetor. The linkage and main bolts came off as if they were put on only a few years ago. The parts still looked rusty but came off with ease.  I never brushed or cleaned the carburetor in any way. I only sprayed it, let it sit, and then removed it.

The test for this product passed with flying colors. To be honest I was tempted to reach for that other blue can that many of us have used in the past. I can tell you from experience and my unsolicited words: use ONLY Deep Creep! It works!

If you are rebuilding or restoring severely rusted motors or components you need to trust me and trust this product.

I have since sprayed my entire engine (including all other components, rudder assembly, transmission, bell housing and V Drive and shaft, universal joints, starter, alternator, and more). In the past few days I have taken off the aluminum intake manifold, chrome valve covers, engine heads, and numerous hose clamps and fittings. I am very pleased to report that all parts have come off without breaking or stripping.

The pistons are rusted and seized. So are the head valves. I have completely saturated them with Deep Creep. I have also sprayed lots of Deep Creep all over the “heads”. The valves and springs are saturated in this stuff. One word of advice: be patient!  Let this stuff do its thing. Your patience will be rewarded.

Once restored, this numbers matching original motor will be of considerable value. I am entrusting the future value of this motor and its attached systems to this product. So far, so good. I am recommending this product to everyone I speak to about my barn find project.

I shall keep you posted on my progress if you wish. My words are honest and my photos are 100% original and untouched! I hope to have the motor out of the boat and disassembled within the next 2 weeks. 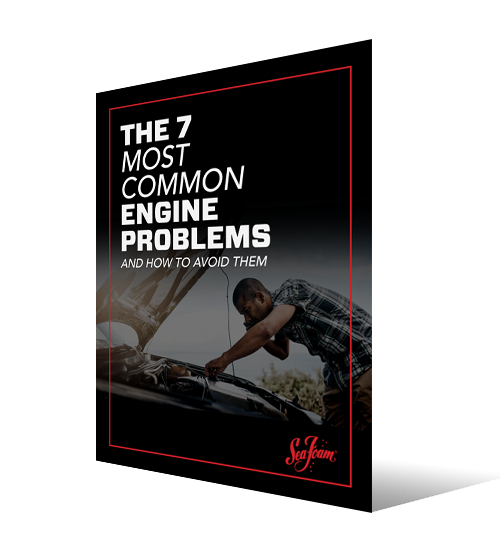